On stage with Karl Subban during our on stage event at the Prince Arthur hotel in Thunder Bay, Ont., on Nov. 4, 2017. 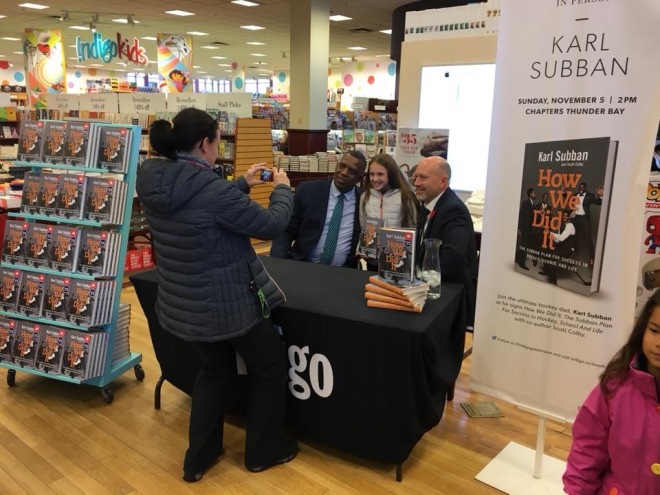 My CBC Radio interview in Thunder Bay about How We Did It.

How We Did It debuts on the National Bestseller list. 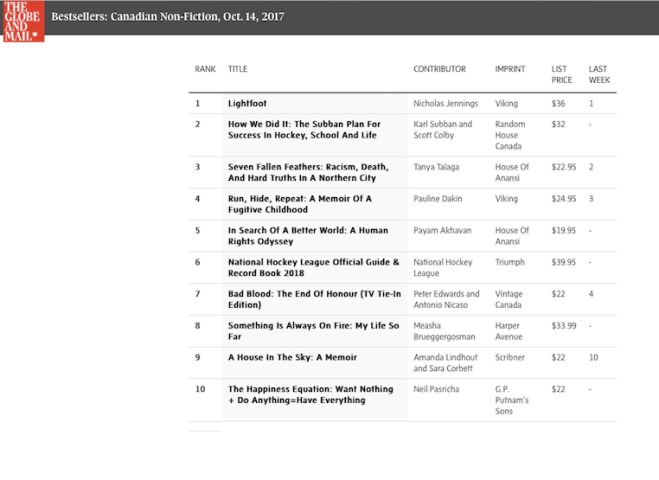 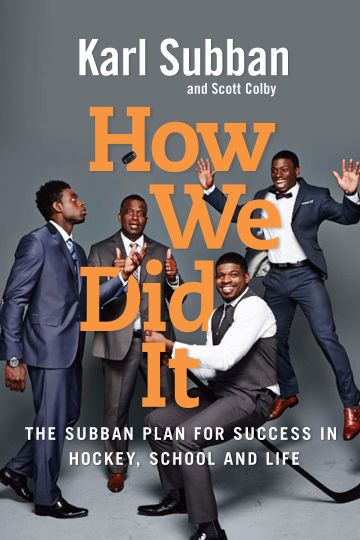 It has been an honour to co-write the memoir of Karl Subban, Canada’s ultimate NHL hockey dad and principal. From raising his five successful children with his wife Maria, to inspiring the thousands of kids in schools or through athletics, Karl has dedicated his life to helping children develop their potential.

One of Karl’s key messages is the power of having a dream. Another message is the necessity of practice. Practice makes you better. You have to put in the time to achieve your dreams. Only FedEx delivers overnight.

Another message is that to inspire children you need to get to know them and spend time with them. This is important because the subtext of this book is how to get any child to develop his or her potential. Karl has learned how to connect with and inspire kids through his own successes, and failures, as a parent, teacher and coach.

Hockey, of course, is a strong theme that runs through the book. Karl and Maria’s three sons have all been drafted and signed by NHL teams, led of course by P.K. Subban, one of the most dynamic hockey players in the world. P.K. is an all-star defenceman with the Nashville Predators after being traded in 2016 by his beloved Montreal Canadiens. Malcolm is a goaltender with the Boston Bruins’ AHL affiliate and Jordan is a defenceman with the Vancouver Canucks’ AHL affiliate.

Education is another theme, as Karl spent 30 years as an educator with the Toronto District School Board, many of them as a principal in Toronto’s toughest neighbourhoods. His two daughters, Taz and Tasha, followed Karl into the teaching profession and are currently working in Toronto schools inspiring young minds.

How We Did It is also an immigrant story. Karl was born in Jamaica and moved to Canada with his parents in 1970 as a 12 year old. The Subbans moved from the sunny Caribbean to cold northern mining town of Sudbury, Ontario. They moved into a French-Canadian neighbourhood and it wasn’t long before a young Karl exchanged his passion for cricket for a passion for hockey.

This book will appeal to parents, to hockey fans, to educators, to immigrants, to anybody who wants to be inspired and to be better.